Gluten free dairy free pumpkin swirl brownies. Fudgy chocolate brownies swirled with sweet pumpkin pie filling. Chocolate and pumpkin are a match made in heaven, and it just gets better when brownies are involved. The brownies are super fudgy , you'd never guess that they are gluten-free and dairy-free! 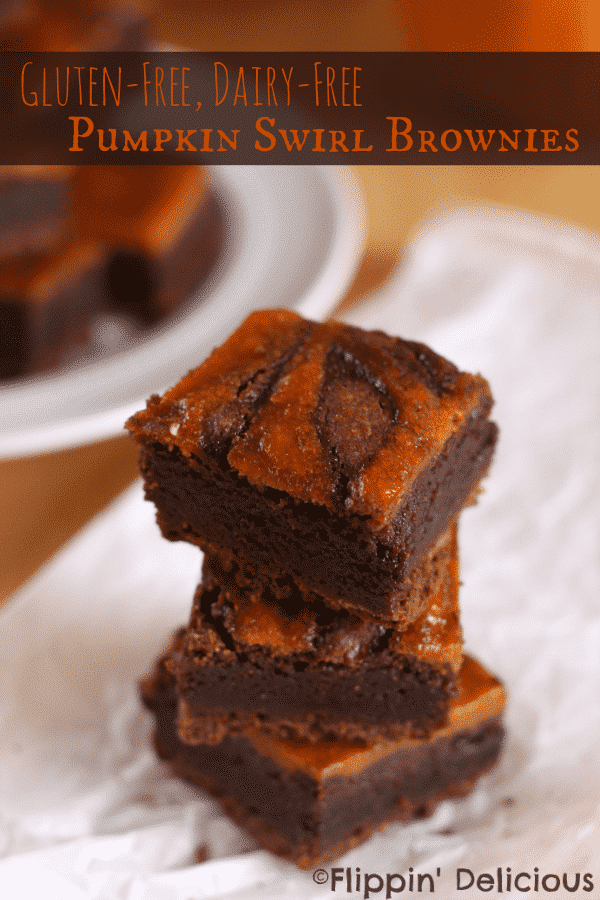 Ever since I made those Pumpkin Spice Brownie Cookies I've had brownies and pumpkin on my mind. Seriously, why didn't I think of that combo before?!? 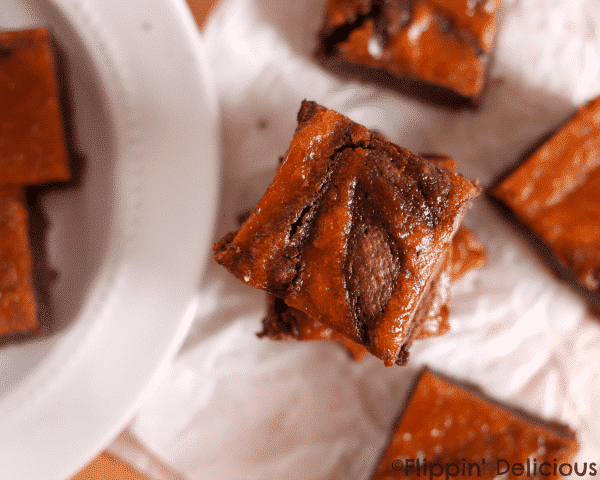 I stopped by my local food co-op last week and they had these drool-worthy brownies that were marked for quick sale. It was one of the fudgy-est brownies, chewy too. And topped with a chocolate frosting and lots of nutty pecans. So when I had to make something for a potluck at church this week everything just clicked and I knew I had to try making pumpkin swirled brownies. 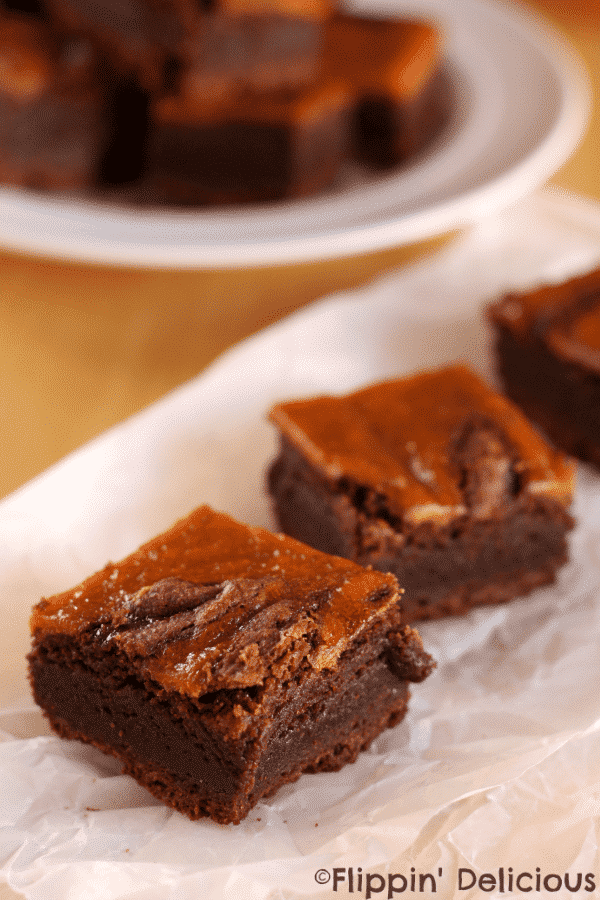 I have several brownie recipes that I love. Some are in my new cookbook, and one is here on Flippin' Delicious (gluten free fudgy brownies, and my gluten free dark chocolate brownies made with almond flour.) but I wanted to tweak it just a bit. A little less cocoa so the flavor isn't quite as dark, oil instead of butter to make it dairy-free and moist, and of course a sweet pumpkin swirl on the top. 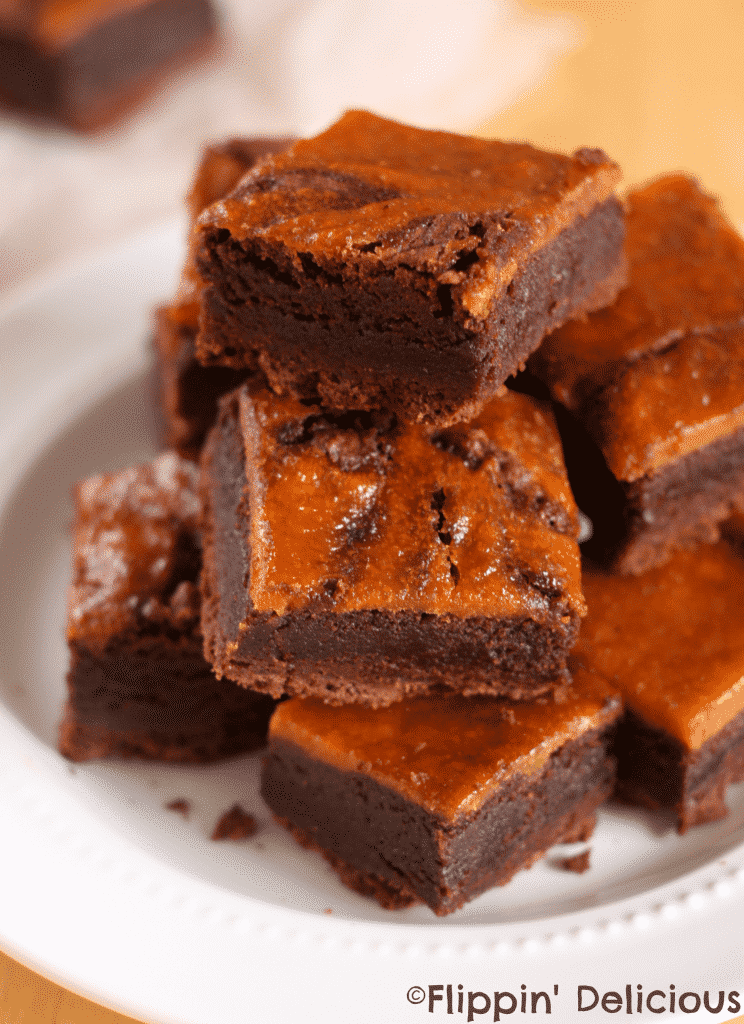 Even though we are already half-way through October I don't think that will stop me from making these gluten-free dairy-free pumpkin swirled brownies throughout the year!

If you like flavored brownies, I bet you'll also love my gluten free coffee brownies, the espresso frosting on top is da bomb!

For the Brownie Batter

For the Pumpkin Pie Swirl