What are you looking for? Search!

Homemade Coconut Extract is easy to make and naturally adds a sweet tropical coconut flavor to all your favorite recipes. 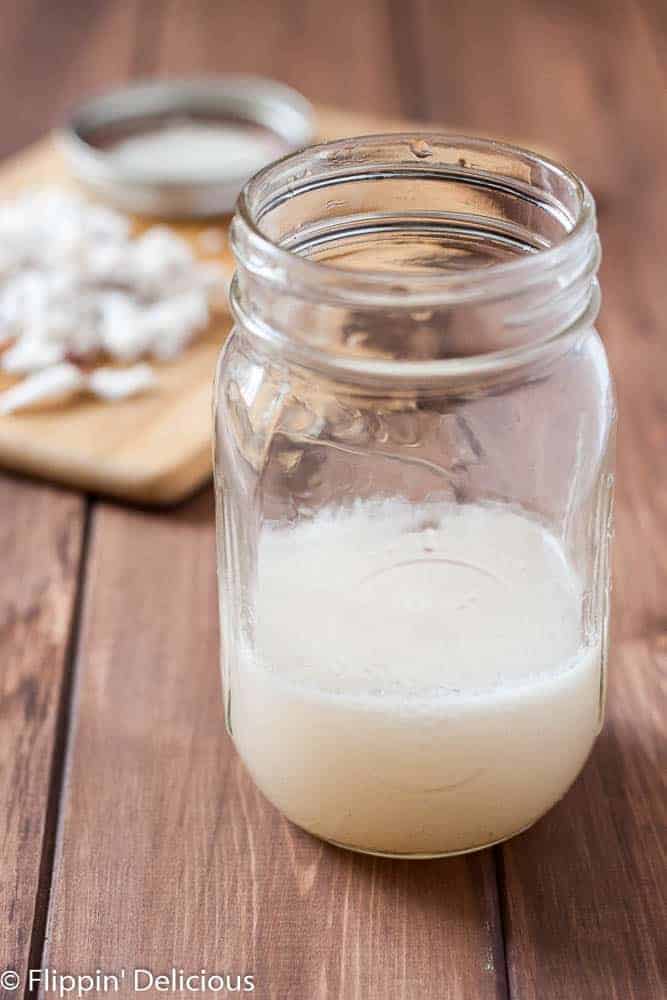 Have you ever made your own vanilla extract? I haven’t, but I have seen lots of recipes online.

It is pretty basic. Toss a vanilla bean in some alcohol (normally vodka) and then let it sit for a while. The flavors from the vanilla bean dissolve into the alcohol and then you can easily add them to all your favorite recipes.

You only need 2 ingredients. Some alcohol and some coconut. Combine the two in a jar or other airtight container, and leave it in a cool dark place. I put mine in my cupboard and gave it a good shake every day or so. 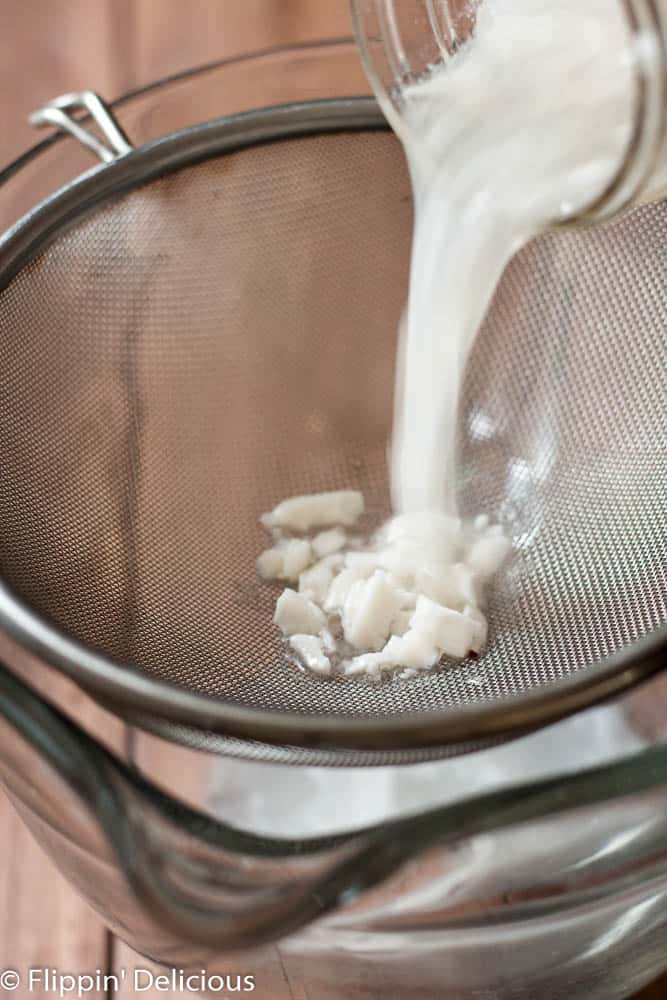 I used rum because it just seemed right to use a tropical alcohol with the coconut. You could use vodka, or really any distilled spirit to extract the flavors from your coconut. (Read more about Gluten-Free spirits and alcohol on GF Jules.) 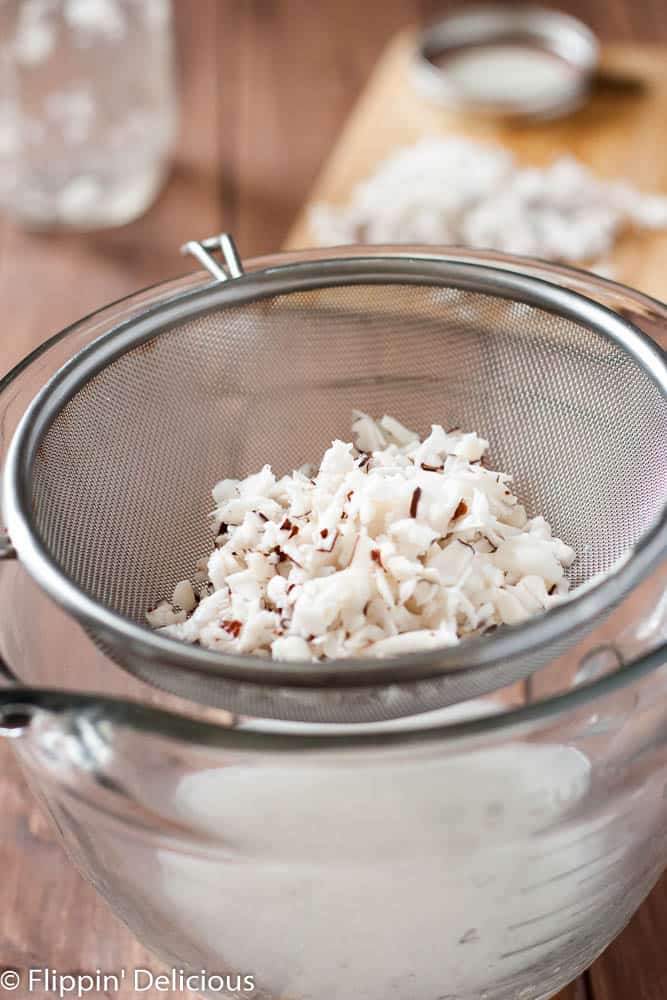 I used some fresh shredded coconut that I had in the freezer. I guess then it was frozen shredded coconut? Anyways I had it on hand so I used it. I have had a hard time using it up because it still has the brown “skin” on it. Whenever I add it to smoothies or something it adds a funky texture. BUT I thought this homemade coconut extract was the perfect way to use some of it up.

Go ahead and use dried shredded coconut instead of fresh or frozen coconut. The alcohol will extract the flavors just the same.

Homemade Coconut Extract is easy to make and naturally adds a sweet tropical coconut flavor to all your favorite recipes.

I felt that the flavors in my homemade extract made with fresh coconut were not as concentrated as commercial extract, so I used extra in recipes when baking. But that is just my personal preference.

When I've made homemade coconut extract with dried coconut that I've toasted, it has had a stronger flavor.

To toast your dried coconut, place it in an even layer on a baking sheet. Toast in a 400 °f oven stirring at 5 minutes and every 2 minutes thereafter until it i golden brown. Let cool, and then use as directed in t he recipe.

I used a white rum with 35% alcohol content. You can use vodka instead, if you prefer