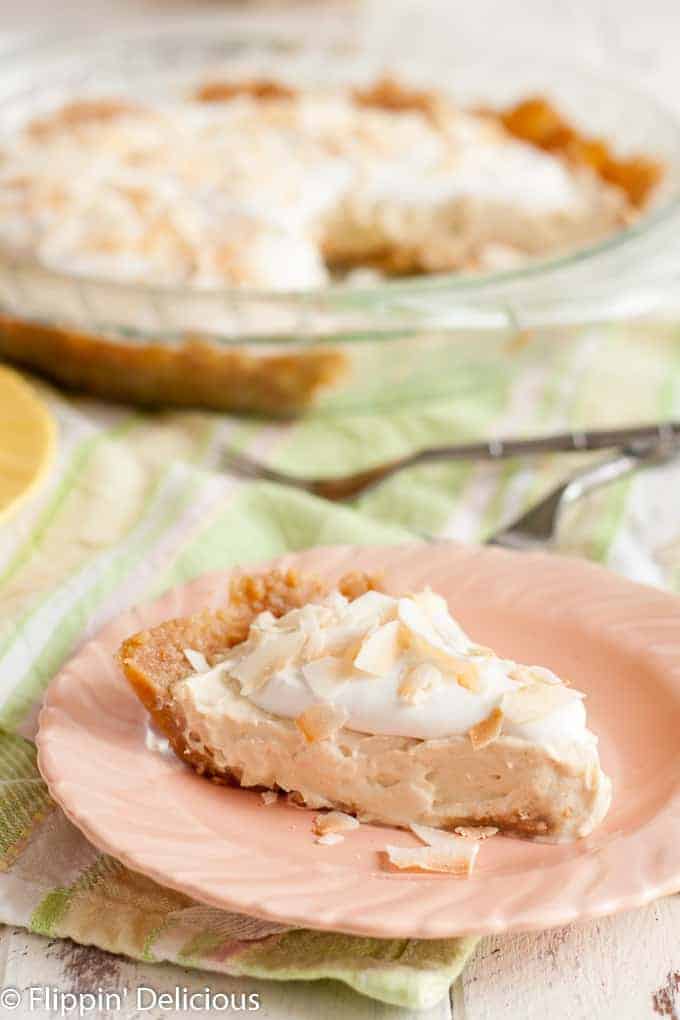 This post is sponsored by Vivian’s Live Again. As always, all opinions are entirely my own. Thanks for supporting Flippin’ Delicious™ and the companies that I work with!

Since I started working at Dion's Pizza last year, I have been on the hunt for ways to save time in the kitchen to maximize my family time. I love my day-job handling Dion's social media, and it has been a big adjustment for our entire family.

This gluten free vegan coconut cream pie came together very quickly and easily, so I was able to cuddle with my kiddos on the couch and watch Moana with them after I put it in the fridge to chill. (Moana is our new favorite movie! Have you seen it yet?) 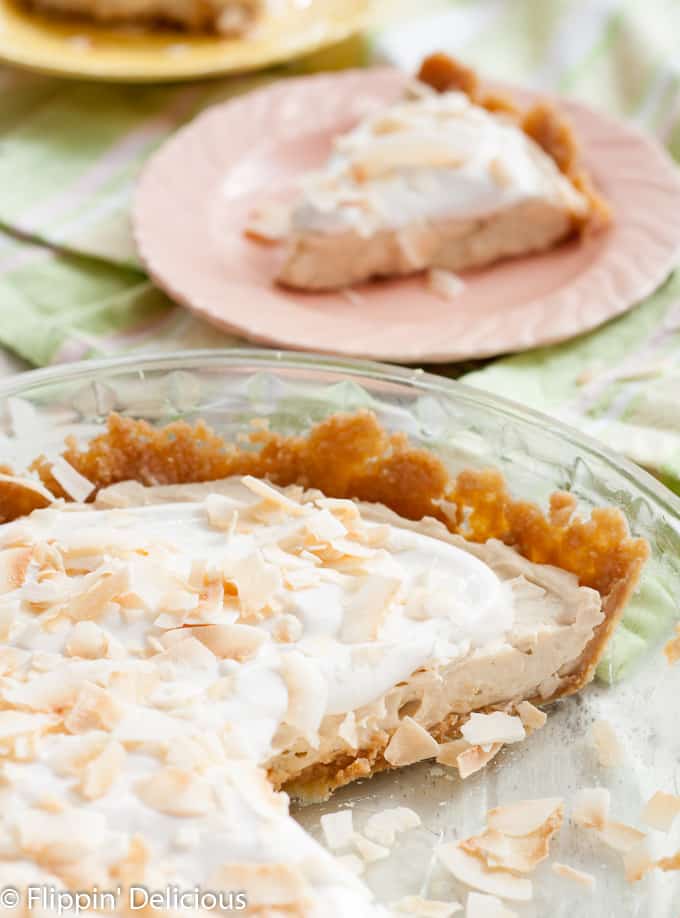 For the crust, I mixed some gluten free, vegan graham-style cookie crumbs with some melted vegan butter and pressed it into a pie pan. I let it firm up in the freezer while I mixed up the coconut pudding.

I mixed up a packet of Vivian's Live Again Vegan Instant Vanilla Pudding with some canned coconut milk, for a subtle coconutty taste, and a few spoons of my homemade coconut extract. I simply whisked it until it was smooth, and folded in some toasted coconut chips into the pudding before spreading it into the crust. 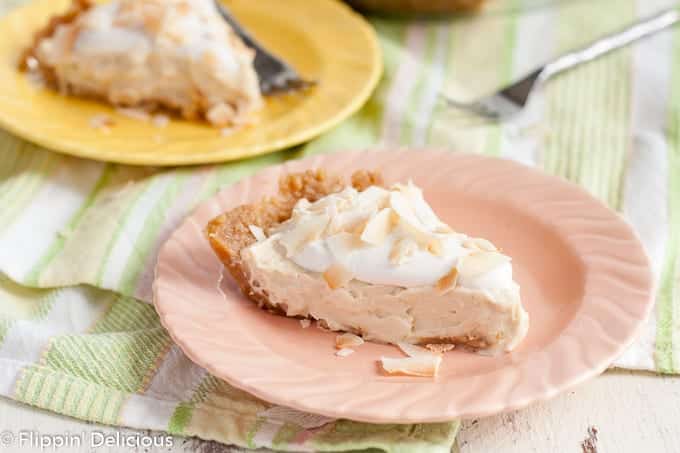 The pudding will be soft-set in 20 minutes, and is even better once it has chilled for about 3 hours.

I haven't tried any other vegan instant pudding mixes that will set up in dairy free milk like this one. It makes a great afternoon snack to share with my kids. 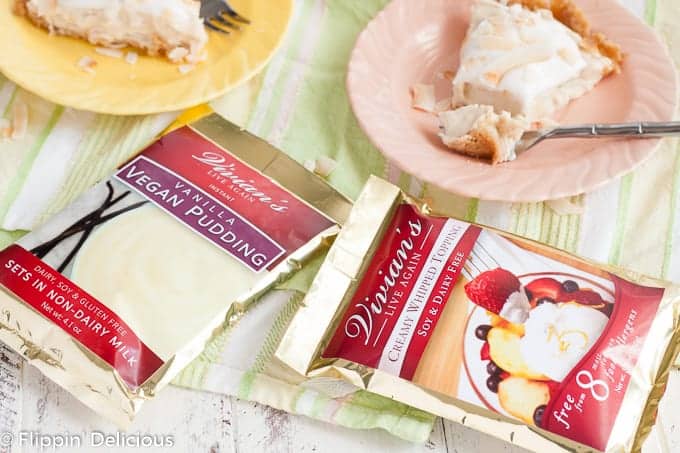 To top my gluten free coconut pudding pie I whipped up some of Vivian's Live Again Vegan Whipped Topping Mix and a handful of toasted coconut chips. If you haven't tried Vivian's whipped topping mix you are in for a treat. I love having a shelf-stable whipped topping that I can whip up to add a sweet and creamy bite to whatever my dessert-of-the-day may be. All you need to prepare it is some water and a little bit of oil. It is magical watching it come together!

This recipe was so simple and easy to make, I plan to make it again around Easter. I love having fool-proof simple recipes for the holidays since there is already so much going on. This gluten free dairy free coconut cream pie fits the bill perfectly!

For the Gluten Free Graham-Style Crust

To Top the Coconut Cream Pie

For the Gluten-Free Graham-Style Crust

To Finish the Coconut Cream Pie